Declaration of Algiers"Freedom of Cult, a right assured by Religion and Law"

Declaration of Algiers"Freedom of Cult, a right assured by Religion and Law"

Declaration of Algiers
In the Name of Allah,
The Most Merciful, the Most Compassionate
Peace and Blessings of Allah Be upon our Prophet Muhammad, his own family, his companions and all the Prophets and Messengers of Allah
“O mankind! Lo! We have created you male and female, and have made you nations and tribes that ye may know one another. Lo! the noblest of you, in the sight of Allah, is the best in conduct.
Lo! Allah is Knower, Aware. ”Surah XLIX Verse 13.

Algeria, pleased to host the international colloquium forum "Freedom of Cult, a right assured by Religion and Law" is honored to issue this statement to confirm its constant desire to highlight the reality of Islam as a Dogma, a legislation and a message of a universal human civilization brought by our prophet Muhammad the elected guide and Herald to the salvation and Mercy of the Worlds.

This fundamental truth that is today troubled by those who tarnish the image of Islam through ignorance or intentionally, or even by the very people who represent badly Islam in the way they advocate intolerance, extremism and violence, those concepts which are contrary to the precepts and teachings of tolerance preached by Islam and oppose his eternal law.

The Algerians (men and women) whose spirit and mentality have been forged by Islam since its advent on their land that has been illuminated with his infinite light, have through all eras of their history, epitomized these values and meanings and have even embodied them and have ever and repeatedly stressed this bright image inherent to Islam.

Algeria, which has suffered by the past, damages of colonialism, and lived by the present time, the trials and dangers of blind extremism and violence, enjoys fully - Praise be to Allah - the safety, security and stability, and friend as well as the brother have cheered that, as witnessing its ascension and its assumption of a new and global renaissance.

Algeria, is now confident in its present and optimistic about its future in its quest to build a modern Islamic society, genuine of the authenticity of the teachings of tolerance that Islam inspires.

These precepts that contribute to the freedom, dignity of the human person and the co-habitation as well as brotherhood and dialogue, just as openness and acceptance of others, respecting their rights and freedoms, namely and particularly the Freedom of belief.

Those precepts that have came to achieve the good of humanity as a whole within the framework of coherence and unity of mankind where the sons of Adam will be equal in rights and duties, and will work together for the empowerment of the principles of freedom, justice, achieving security and Peace in the World, as a consensus approved by all and on the basis of a prolific and constructive dialogue between religions, cultures and civilizations.

The origin of divine religions is one, and the Holly Quran invites us to believe in all prophets and the apostles with no distinction or discrimination. “The messenger believeth in that which hath been revealed unto him from his lord and (so do) the believers. Each one believeth in Allah and His angels and His scriptures and His messengers- We make no distinction between any of His messengers-and they say: We hear, and we obey. (Grand us) Thy forgiveness, our Lord! Unto Thee is the journeying. ” Surah El Baqarah II Verse 285

Islam, has ever honored and sanctified the human person, regardless of his religion, his gender, or his complexion.
“Verily. We have honored the children of Adam. We carry them on the land and the sea, and have made provision of good things for them, and have preferred them above many of those whom We created with a marked preferment.” Surah XVII Verse 70.

And in order to give concrete meaning to this honor at the level of individual and collective behavior, it has ever called for tolerance and kindness and charity.
“The good deed and the evil deed are not alike. Repel the evil deed with one which is better, then lo! he, between whom and thee there was enmity, (will become) as though he was a bosom friend” Surah XLI Verse 34.

It has also called for respect of charter and covenants, and observance of the contents of these charters and covenants.
“Fulfil the covenant of Allah When ye have covenanted and break not your oaths after the asseveration of them, and after ye have made Allah surety over you. Lo! Allah knoweth what ye do.” Surah XVI Verse 91.

As Muslims, we believe that the illustration of these principles, values and meanings, will no doubt allow us to participate actively and honorably to a Modern human society and contribute by the same time to its advancement and progress, and permit us to prove the true image of the Muslim community, as would want its Islam It also wants to Islam, in its interaction and dealing with others, within harmony and mutual work to bring the good and justice, working together for security and Peace for the happiness of all people of the World.

Come into sight therefore, the responsibility of Men of Sciences, as relying on them than any others in bringing all these facts to the younger generations, to inform them and grant them all the skills to face ignorance, intolerance, and dependency, as well as extremism and violence.

These men of Sciences must enlighten the younger generations about their responsibility in presenting Islam as it is really : Peaceful and secure world for mankind as for rising their nation, as did their predecessors who made the first Universal Civilization that to sanctify the human person, promote virtue and forbid evil and believe in God, so as to fit to the Holly Koran who describes as the best nation raised up for people; to the condition that the young generations must should know that this distinction must only come through the leadership of civilization not by means of inheritance. 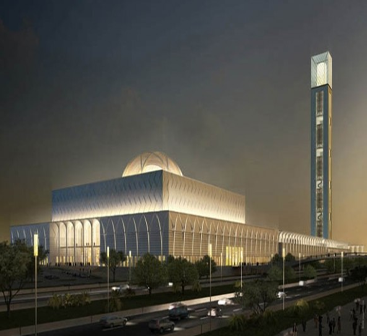 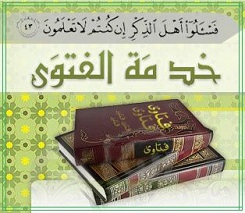