People’s Democratic Republic Of Algeria
Ministry of Religious Affairs and Endowments
ALGERIA AWARD FOR HOLY QURAN MEMORIZATION AND REVIVAL OF ISLAMIC HERITAGE
SECOND INTERNATIONAL CONTEST FOR THE REVIVAL OF ISLAMIC HERITAGE
(1432-2011)
CALL FOR PARTICPATION
Under the High Patronage of His Excellency Mister President Abdelaziz BOUTEFLIKA.
The Ministry of Religious Affairs and Endowments launches in the framework of ALGERIA AWARD for Holy Quran Memorization and Revival of IslamicHeritage, the Second International Contest for the revival of the Islamic Heritage, under the title: Personality and heritage of « Cheikh Mohamed ben Abdelkarim ben Mohamed El Meghili El Tilimsani ».
The contest is opened to all Algerian and foreign natural entities (individuals).
General conditions for participating to the contest:
• The study should be exclusively dedicated to the contest and the contestant should not have obtained with it (the study) a prize or having been granted an academic degree with it or having previously published it;
• The study initiated should bare attested scientific features throughout its theoretic framework as well as through its methodology and its good knowledge, its coherence, thoroughness and inventiveness;
• The study should be written in Arabic language, the other languages being acknowledged as well, to the condition that the number of pages should not exceed 400 pages and be lesser than 150 pages, Format (A4, i.e. 29.7/21), (Font: Traditional Arabic 16).
• The study should be presented in three (03) triplicate (copies) with one (01) copy on a Compact Disc CD, attached with a synopsis (resume) that should not exceed six (06) pages in French if the source text is written in Arabic language and in Arabic if the study is written in another language;
• The study is individually exposed;
• The studies or researches are to be presented ahead of a specialized Jury of assessment.
Application Folder:
Each contestant is to present the following documents:
• A handwritten application including imperatively the full address of the contestant with his phone number and email;
• The contestant’s Curriculum Vitae including imperatively his academic certificates and degrees with a list of his published works;
• The identity card copy or passport copy;
• 2 up to date photos.
Each contestant is to present his work attached with the participation folder to the following address:
Ministry of Religious Affairs and Endowments
4, Timgad Street –Hydra –Algiers-Algeria
The contest is open accounting from April 15th 2010 to March 31st 2011 (Last deadline).
Nota / For any need, please call at the following numbers:
Tel : 00 213 21.60.85.55
00 213 21.60.37.86
Fax : 00 213 21.60.22.87
Email: eldjaiza@MARW.DZ 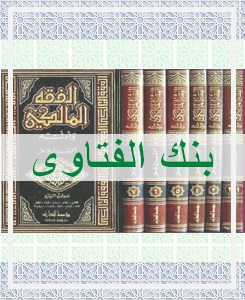